The code will be written by me. Giaco and Togrul form the vibrational network will create grafics and music for the game.

Started programming the simulations. A complete task system is implemented. Tasks can control entities. A Entiti will work off its task queue. Tasks are selected based on player action and game state.

In March I started developing the general framwork for which I chose godot as game engine. I've outlined the general game concepts and marked the scope of the project. The following grafic shows interactions of scores, entities and events which will be the games main components. 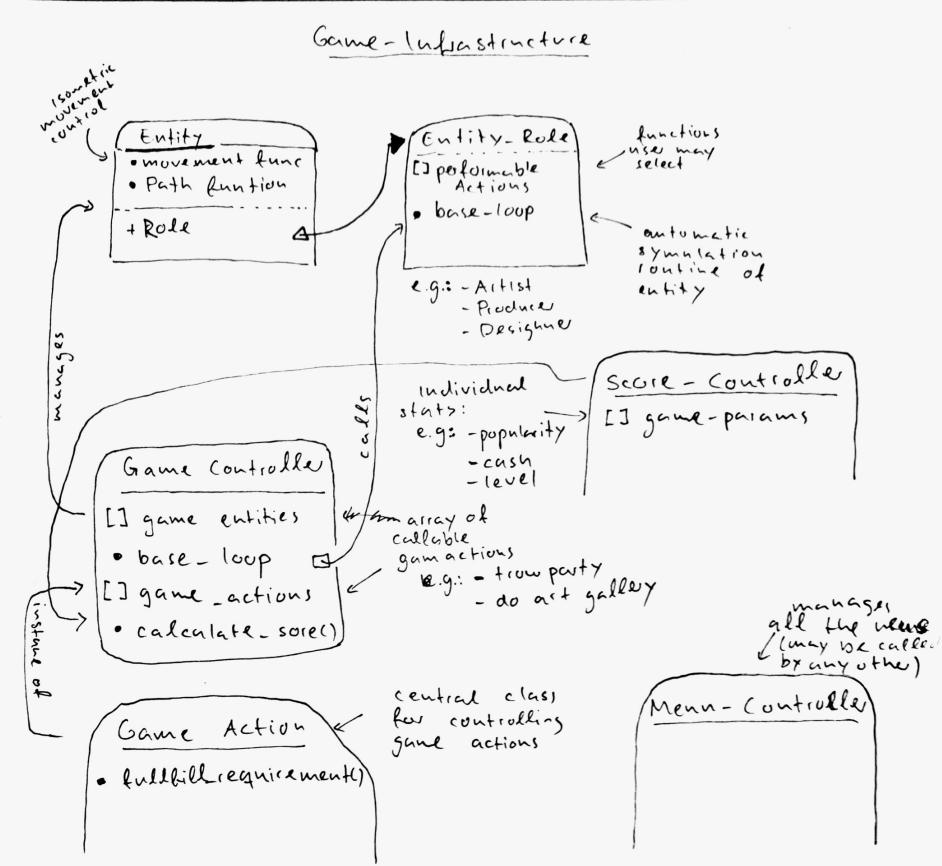 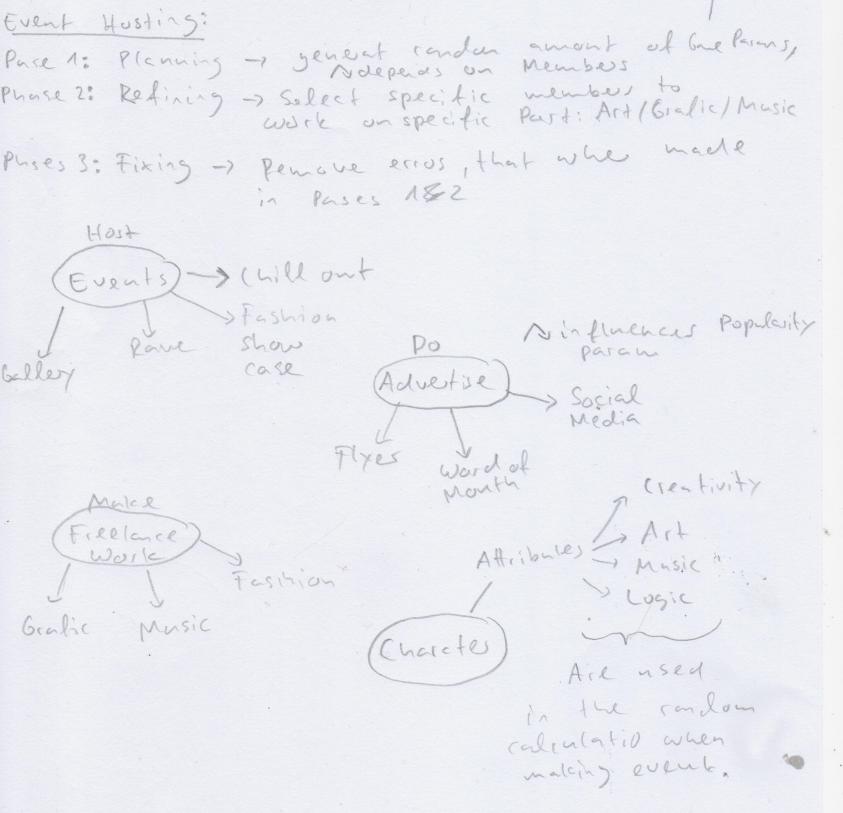 Started collaboration with the 'vibrational' network in Hamburg (Germany). The vibrational network is a collective of musical and visual artist with a Studio in Hamburg. I was contacted by a friend if I wouldn't like to develop a game. I had no current project and war motivated by creating my first isometric game; a GameDev-Story clone but with art.